Hello there muggles! I haven't posted in a while because honestly I've not been out that much, I'm finding A levels quite stressful at the moment and I've just had my mocks but as a reward this week I went to Kings Cross (to go to the Harry Potter Shop) and Oxford Street to buy some Harry Potter merchandise so I thought I would show you what I got :) 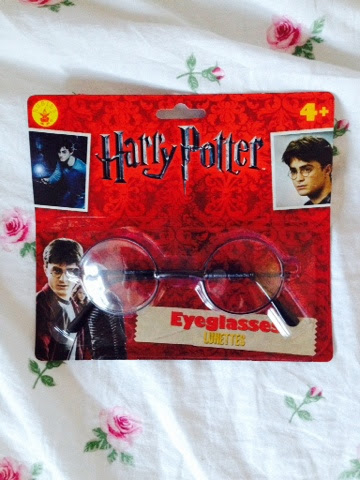 I hadn't gone into the shop intending on buying these but as we walked around the small shop I decided to pick them up so that I can be Harry, James, or John Lennon... 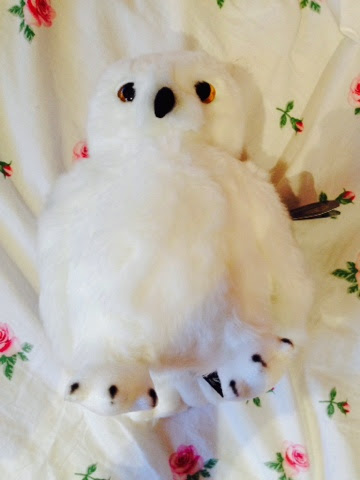 This is something I had planned on buying because I had seen it on the website but I had not idea how small it would be in real life, it felt like quite a frivolous purchase but I had intended on buying it and I felt sad just leaving it in there, it's about 20cm so it's not tiny but it's not what I would call large. 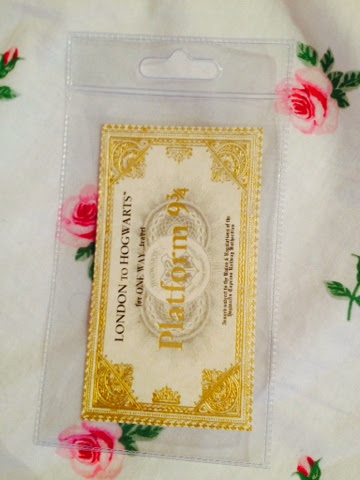 I knew these could be bought here but I wasn't planning on buying it initially because I felt it would be a waste of money as you can print out tickets from this website but it looks really nice, it's printed on nice paper and the gold is sort of engraved into the ticket, you can buy a ticket attached to a lanyard for £5.99 which I considered because I could take it to school but I decided against it. 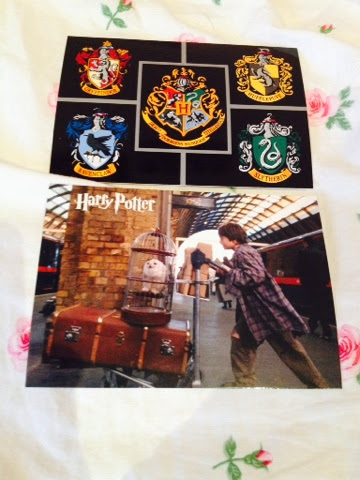 I knew I had to pick up some postcards to stick up on the Harry Potter section of my wardrobe and these were much cheaper than the one I got at the tour (read about that here), but the selection at the tour was much better, the ones at this shop were mostly plain and moreso advertising the shop but I liked these two postcards because little Harry is adorable and I believe in house unity (I'm a gryffindor) 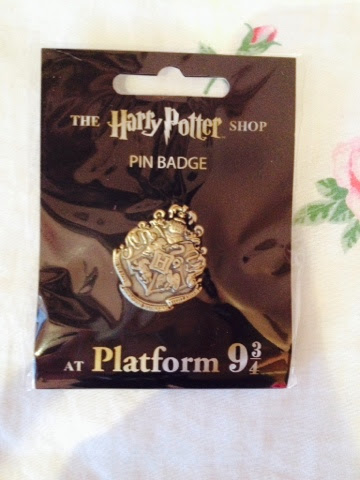 I'm not sure where I'm going to pin this but I'm considering ordering some robes from eBay so I may pin it on there, I was considering getting a house pin but as I said I believe in house unity so I thought this would be nicer. 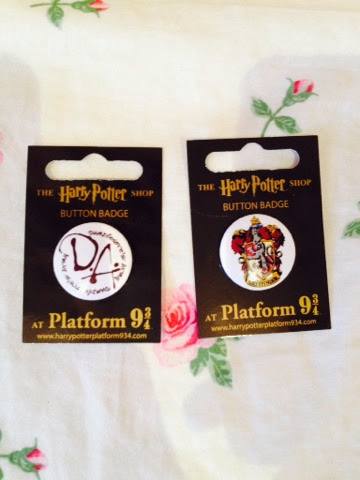 I really like the D.A badge I got because I like to think I would've been in Dumbledore's Army (or Defence Association), I also wanted something to represent my house so I got a gryffindor badge that I can wear with pride. 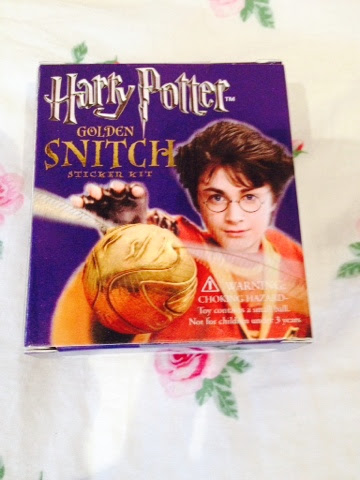 I had seen these kits on amazon before but I didn't realise they were still being made, they had a bunch at the Waterstones in Oxford street, I haven't seen them in the smaller waterstones. They had them for time turners, hogwarts snow globes, horcrux lockets, mini Hedwig models.. I was considering getting a time turner but the one that comes in this kind of kit is chunky and doesn't look like the ones in the films that much so I have ordered one on eBay for half the price. I like this kit the most because when I make the snitch up I can put it on display next to my chocolate frog boxes from the tour, and I don't know what I'll use the stickers for, they may just be added to my evergrowing sticker collection.

If you're a tourist planning to make a stop at Kings Cross, I'm going to save you the trouble we had by telling you if you get to Kings Cross St. Pancras on the tube, LEAVE THE STATION and cross the road to the big dome and that is Kings Cross and pretty soon you'll see a mass of people lining up to take their picture at platform 9 and 3/4. We walked around St Pancras for a long time then had to ask someone where the shop was and they directed us across the street, we weren't alone though we got stopped a few times and asked by foreigners if we knew where the shop was (our house scarves, my Hedwig backpack and my Harry Potter shop probably made us look like Potterheads but who knows...) At the shop there is a photo opportunity, there is a cart half way in Platform 9 and 3/4 with a sign and you can line up and take your picture, we were considering doing this but we live so close and we didn't want to get into a queue so we've saved that for another day. The shop itself is quite small and can feel claustrophobic but it is a must-see for any Potterhead, the things in the shop range from fairly to cheap to quite expensive so I reckon you would come out with something whether it be a postcard, which is probably the cheapest, to some of the official prop replicas which can go up to £300. They do have chocolate frogs and Bertie Bott's every flavour beans but they aren't the same ones sold at the tour, the frogs are small and the only cards you can really get are Professors so do yourself a favour and go to the studio tour (or just the shop that's there because it's free to enter the shop) and buy a proper chocolate frog there!!


I got a bit rambly but when I was looking for posts about this shop I couldn't really find anything so I didn't know what to expect, so I hope I've informed you if that's what you're looking for, or I hope you enjoyed seeing what I bought!!
♡