Hello there people, I have been shopping a few times in January so I thought I would show you what I have gotten as on each trip I haven't bought a great deal but together it makes a substantial haul. I went out with Isabella yesterday and got some cool stuff, we also baked brownies so I might do a separate blogpost with the recipe on there :) 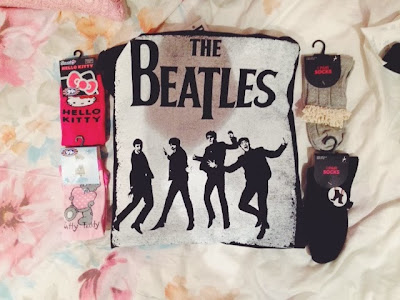 I didn't buy this with Isabella but I thought I would still show it, I've had quite the obsession with socks recently because I've gotten some Dr Marten shoes which show off my socks so I've come to the realisation that I need more socks. I love love love Hello Kitty and Tatty Teddy, and I think frilly socks are nice to wear if you're wearing 'grown up' type clothes or bands shirts because then it shows you're mature but a bit childish too.

I found this shirt in New Look and although I've sort of made a new years resolution to buy less t-shirts, I felt I had to buy this because anyone who knows me knows that pop tarts are one of my favourite things in the world, it has gotten to the point where people who I barely know in sixth form will come up to me just to tell me that they tried pop tarts, pictures are 3 types of pop tarts: chocolate chip cookie dough, blueberry and chocolate chip which were all £3.50 in tesco, one of them Isabella gave me for Christmas but I'll get onto what she gave me for Christmas later :) 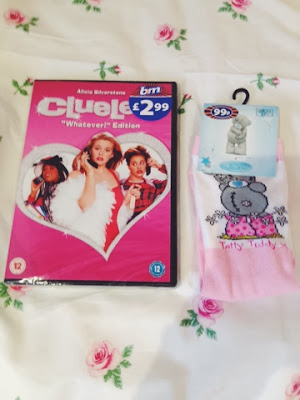 B&M isn't a shop I see everywhere, in fact I only know of two but if you know of one you really need to go there because you can get practically everything there at reduced prices. Even pop tarts! Unfortunately there weren't any when I went with Isabella yesterday. I picked up Clueless because me and Isabella started watching it the last time we met up but we didn't finish it and we watched the last half hour yesterday, I just thought I'd buy it because it's a good price and a film I feel I should own and it can take a place next to Mean Girls. I've already explained my newfound obsession for childish socks so I won't go into more details.

4. Baby Lips (Superdrug ) - £2.99 each but in a deal that was like buy one get one half price
Free sample of Nivea Deodorant (Superdrug)

I have wanted Baby Lips for what feels like forever, you can see this in one of my old wishlists. I have heard from reviews and people I know that these two are the most popular, I really like the idea of them because they smell good and tint your lips but feel more like a lip balm than a lipstick. Isabella got the peach flavour which is funny because her nickname is peaches and she picked it up without knowing it was peaches. We got offered a free sample of this deodorant too, my Mum brought up the point that it may have been offered to us because we smell but obviously I accepted it and I think it's a nice compact size so I can keep it in my bag for school or satchel for when I go out. If you want a review of baby lips I can do that so comment below if you'd like to see that :) 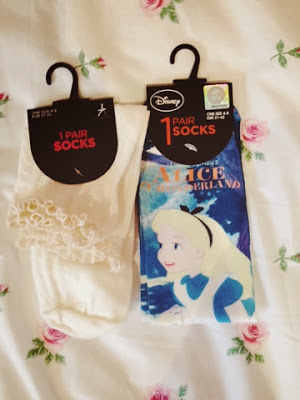 I picked up some more dolly socks (I think that's what they're called) in an off-white colour because I already have white ones, black ones, and grey ones. I figure if I can get at least 7, I can wear them everyday. I've seen loads of people pick up the Disney socks in primark and I was very tempted, they had Snow White, the Little Mermaid, Bambi, Tinkerbell and these. I would've bought them all had they not been £2.50 each because that's a lot for socks and I would've ended up spending over a tenner, but these feel so soft, I'm a little worried about whether the colour will wash out but oh well. 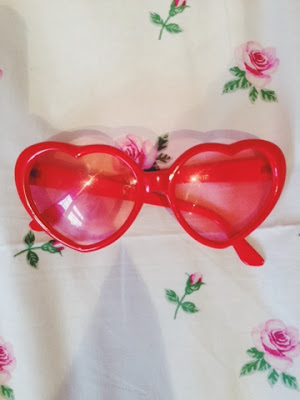 Me and Isabella just like buying accessories when we go out even if we're not going to wear them again, these are not quite Lolita glasses because the shades aren't black but they're close enough and we were both reading Lolita at the same time plus it reminded us of Lana Del Rey who we both love.

7. Isabella's Christmas Presents to me 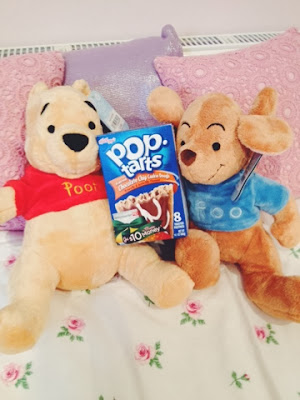 I would've included my Christmas presents from Isabella and Antoinette in my Christmas Haul but we didn't exchange Christmas presents until last week but I still wanted to show you. Isabella bought me a box of the pop tarts from America, that sounds stupid because they're all from America but some of them are cheaper because they're sold in England more but these ones aren't so yay! Also she bought me a Winnie the Pooh toy and a Roo toy which is so cute, I was with her when she bought them and they are in a deal at the moment, they were like £6.99 each which is amazing for Disney toys plus they're fairly big.

8. Antoinette's Christmas Present to me 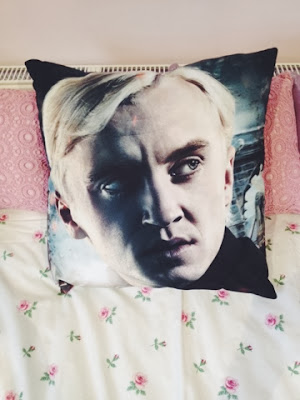 What you may or may not know is that me and my friends are obsessed with Harry Potter, especially after going to the tours (which you can see a blogpost about here) and I am completely and utterly in love with Draco Malfoy (and Tom Felton) so now I have a cushion.. with his face on.. in my bed.. which is great :D 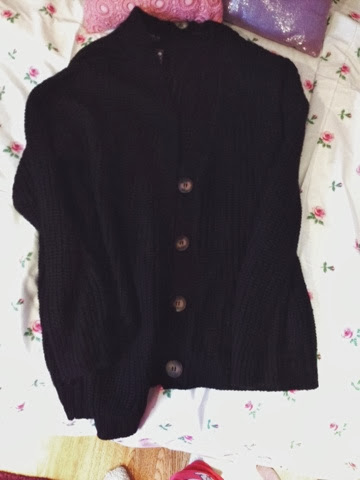 First things first, I am a bit confused about the price of this. Before I picked it up, I thought it would be £12 or £14 like all Primark cardigans but then it said £10 which was a pleasant enough surprise, then they only charged me £5 at the counter which is such a bargain. I bought it two sizes too big so it's really cosy and baggy, I wanted one just like this as I mentioned in my wishlist so that's awesome.

10. The food me and Isabella bought.. 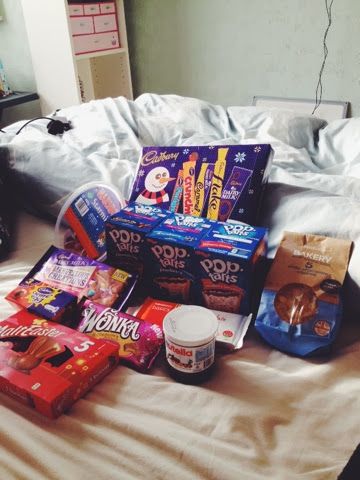 Before you judge us, we really didn't eat that much from here, I reckon we were hungry when we bought it because we ended up dividing most of it up and I took it home, we used some of the chocolate to make brownies which tasted so good and I'm thinking of doing a recipe blogpost on those, if you want to see that please comment, we spent the rest of our day after shopping watching the end of Clueless and watching Ferris Bueller's day off as well as making brownies.

Thanks for reading, I hope you enjoyed seeing what I've bought over the last month :)
Posted by Unknown at 08:55