Hello there readers of my blog, how are you on this fine fine Wednesday? I'm feeling pretty lousy, the weather is gross, and exams are coming up which is also gross however one of the things that has been getting me through at the moment is reading, and after re-reading all the Harry Potter books at the beginning of the year, I read the Bell Jar by Sylvia Plath and I finished it last night, so I thought I would do a review on this modern classic. 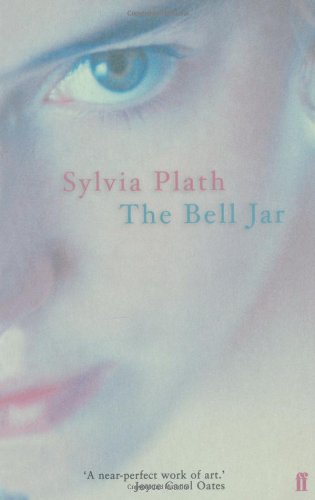 "Esther Greenwood is at college and is fighting two battles, one against her own desire for perfection in all things - grades, boyfriend, looks, career - and the other against remorseless mental illness. As her depression deepens she finds herself encased in it, bell-jarred away from the rest of the world. This is the story of her journey back into reality. Highly readable, witty and disturbing, The Bell Jar is Sylvia Plath's only novel and was originally published under a pseudonym in 1963. What it has to say about what women expect of themselves, and what society expects of women, is as sharply relevant today as it has always been."

I'm going to start off by just saying I really enjoyed this, it's short as it's only 20 chapters and it's written beautifully. I would compare the writing style to the likes of F. Scott Fitzgerald but it is maybe not quite as detailed as that, but it is word pornography. The story itself is very intriguing especially if you're interested in mental illness anyway, which I am. I'm going to say right now, if you're easily triggered be careful whilst reading it because I picked up on some subtle pro-mia and self inflicted harm, so if you are feeling triggered at any time put the book down and walk away. I found Esther's character really interesting because she's very sensitive and has always had good grades but her life takes a bit hit when she has to return back home, and that's when she really sinks into a deep pit of depression. She has some bad experiences with doctors but the ending shows that perhaps she has moved past this, and is ready to move on. I don't want to spoil the ending but I found the character Joan really interesting because she is very much like Esther but I believe she shows what would happen to Esther if she took a different path in her life, they had the same boyfriend and a similar lifestyle so they are very similar characters.

On goodreads I rated this book as 4/5, I rate books very highly in general but I feel this truly was a great book. It was recommended to me and I've always felt I should read it because it's a modern classic. I also went and looked up Sylvia Plath during my reading of this book because apparently a lot of the events mimic her life, and now I've become very interested in her life too which is good (her life was not good though haha). Overall, I would definitely give this a read if you're interested in mental illness and like descriptive writing because it fulfils both of those areas. I very much wanted to watch the film adaptation of it but the reviews of it make it seem terrible so I might wait until it's very cheap before buying it!!

Thanks for reading, I hope you enjoyed it! I quite like the idea of doing book reviews, at least for the next few months whilst I have exams and can't really go out and do things - thoughts?