Hello there!! So recently I've ordered a few things from eBay so I thought I would share with you what I've bought, it's mostly Harry Potter related I will warn you now.. 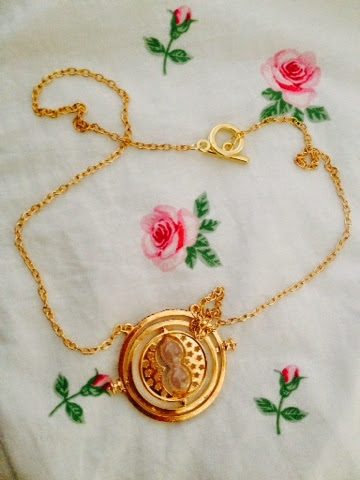 I actually bought a time turner keyring at the Harry Potter Studio Tour (you can read my blogpost about this here) and I was going to buy a chain so I could wear it but I saw this on eBay for under £3 and thought I might as well just buy this, seeming as this actually has the engraving on it and the one from the tour didn't. You can't actually buy this specific one from eBay anymore because that deal has finished but there are others which are under £4, and if you get it from China it can be as cheap as 99p but I didn't want to do that in case it broke on the way and I had to send it back. It also came really quickly, I ordered it on a Monday and it came by the Thursday!!

2. Hogwarts Library (inc. Quidditch Through the Ages, Fantastic Beasts and Where to Find Them, and The Tales of Beedle the Bard) - £16.75 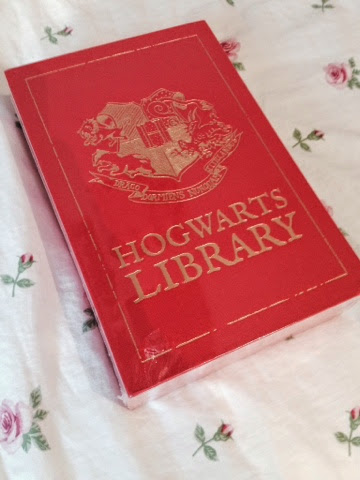 I wanted to buy this a while ago when I did a little Harry Potter Haul with my friends (you can read my blogspot on this here) but the only shop that had it was Waterstones and it was £25, I knew they had them at WHSmith but they didn't have them in stock at the time so I went onto eBay on that day and found it for £16.75 which is the best I've ever seen it. You can buy this here and now I see that it's even cheaper (that's a bit annoying) but yes, I haven't read any of it yet but I knew a true Potterhead should have read them so I will read them eventually and maybe do a review on here :) 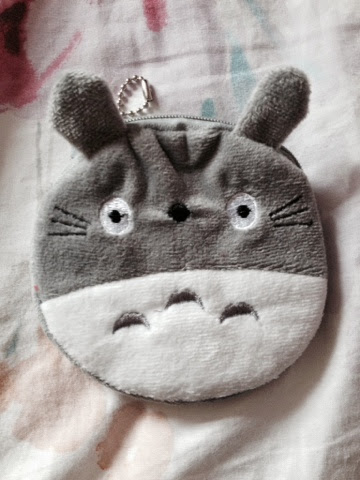 I know I said before that I wouldn't want to order from China but I saw this purse and really couldn't resist, I love Studio Ghibli so much - in fact I'm watching a new Studio Ghibli film every week until my exams end. The quality isn't great, I won't lie, there are a few loose threads and you can see there's a bit of a dent at the top but I really like it and I haven't really changed my purse in years. It is 11cm x 11cm so it's bigger than it looks, I doubt it will fit my cards in too but it's really good :) you can actually buy this here and it's still 99p if you want to buy it, there are lots of designs you can get and they're all really cute but I wanted this one the most. It took a couple of weeks to deliver but it's from China so what can you expect??